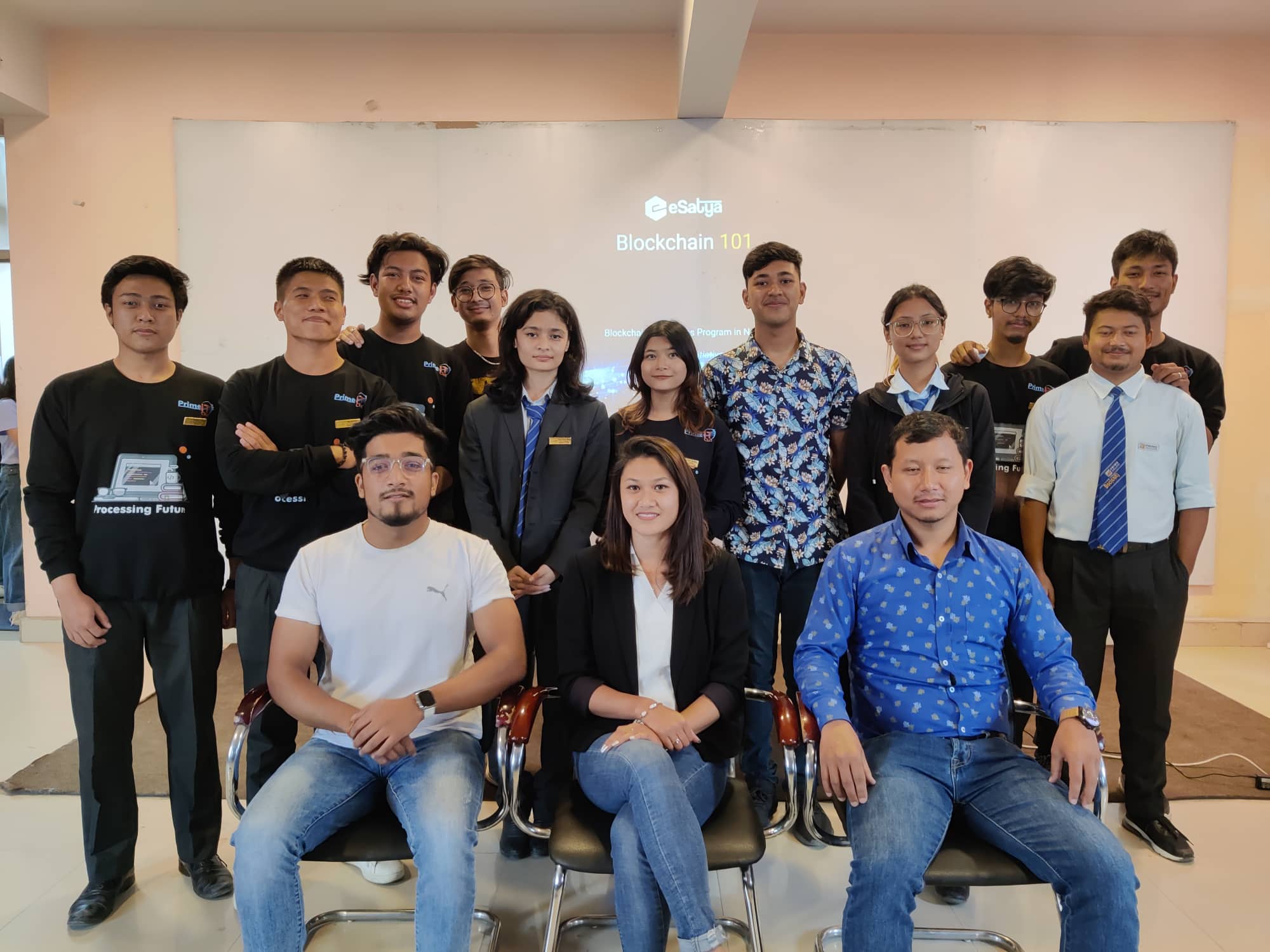 On 12th September 2022, Our eSatya team was invited in Prime College by Prime IT Club to conduct blockchain 101 session. Three members from our team “Mr. Bibek Khagda” , “Ms.Amina Manandhar" and "Mr. Prabesh Adhikari" went there and successfully conducted the program.

The session was organized and supported by the Rumsan Group of Companies and Blockchain Foundation Nepal. The attendees for the session were the students of Bachelors student of Prime College. Our team was assisted by Prime IT Club which is one of the club in Prime College.There were a total of 65 attendees attending the session.

Mr. Bibek Khadka introduced the blockchain technology to the attendees and discussed its numerous use cases like AgriClear, Rahat and Rumsan Wallet. He also clarified about the questiones raised by the attendees.

Below is the slide attached:

The session, which lasted for 2 hours, aimed to provide an in-depth introduction to blockchain technology and its potential use cases. 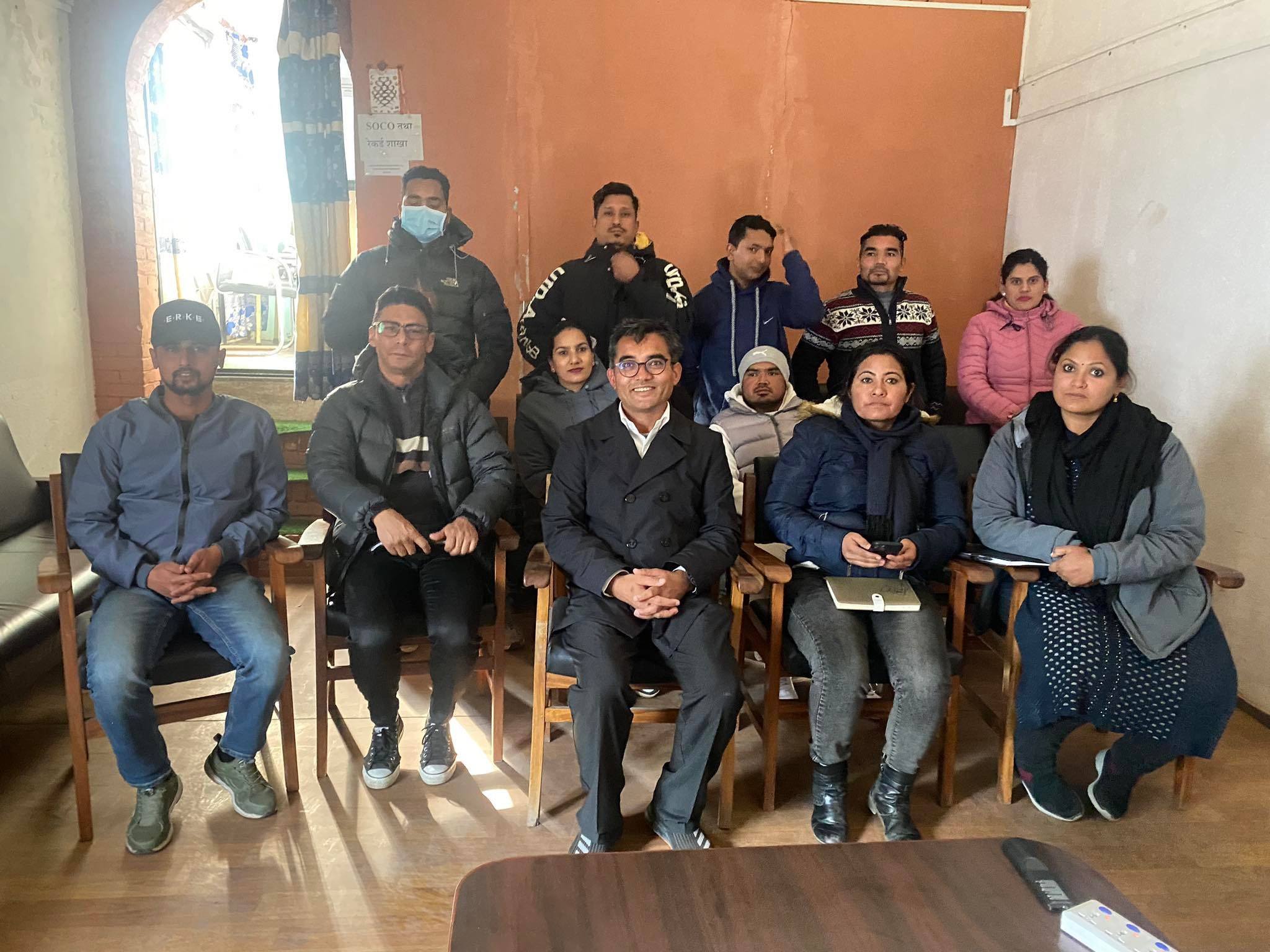 The session, which lasted for 2 hours, aimed to provide an in-depth introduction to blockchain technology and its potential use cases. 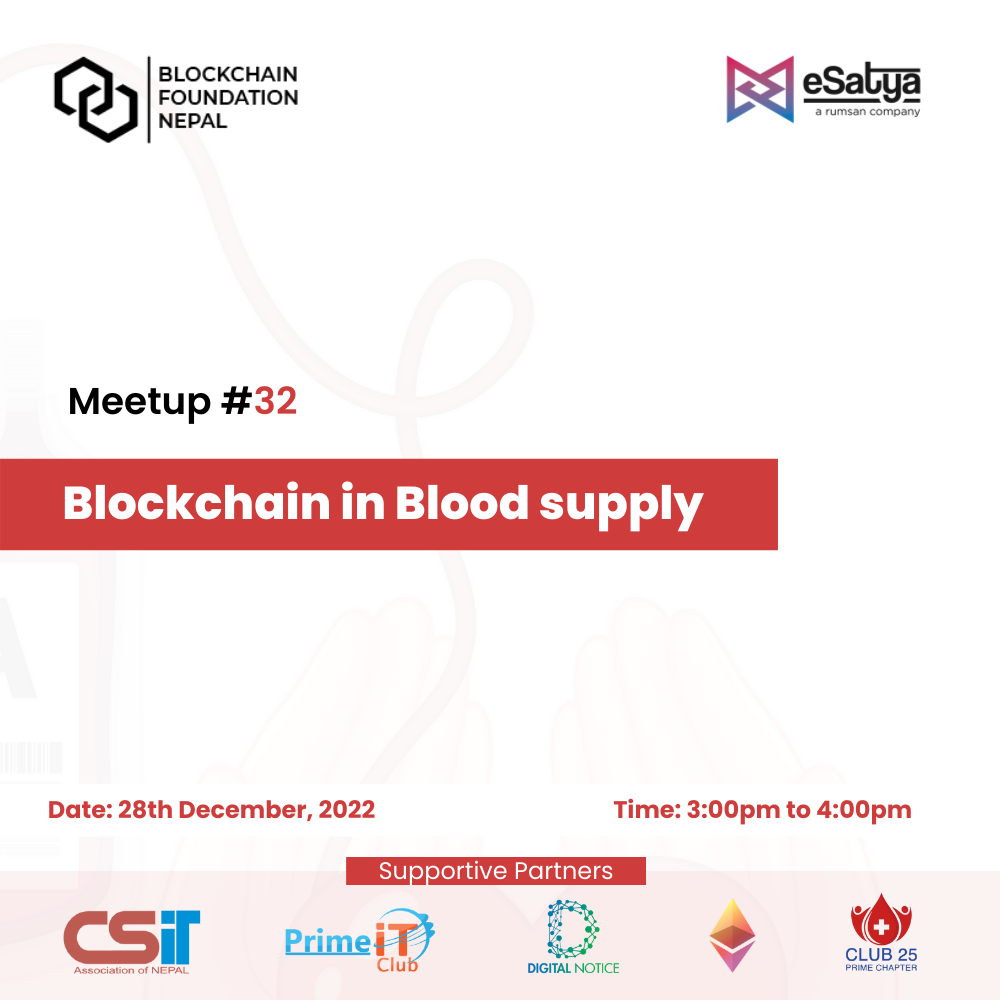 The 32th meetup from eSatya was successfully held on 28th Dec, 2022. The meetup was entitled “Blockchain in Blood Supply”.