What are Crypto Tokens? 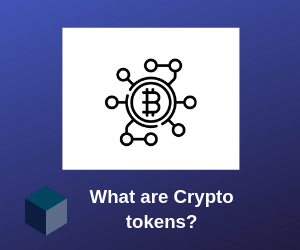 Crypto tokens are special kinds of virtual currency tokens that reside on their own blockchain and represent an entity. Despite being introduced quite long ago, only the recent past has seen it emerge out and gain popularity in the market. The term token generally refers to a cryptographic string of numbers and letters that contains no real data but relates back to the real data. As opposed to the traditional monetary currencies which aren’t fully fungible, crypto tokens are fungible.

The concept of the token is highly generic and flexible, and there are multiple types of tokens around like utility tokens and security tokens. The former are loosely speaking tokens which are needed when participating in a certain network, whilst the latter ones are the tokens that are meant for investment purpose. However, there is an overlap between these two: utility tokens can be usecution of decentralized apps and smart contracts. The tokens themselves are tools for the faciled for the purpose of investment rather than for participating in a network. Crypto tokens operate on top of a blockchain. This chain serves as a medium for the creation and eventual excitation of the transactions.

When creating tokens, you don't have to modify the codes from a particular protocol or create a blockchain from scratch. All you have to do is follow a standard template on the blockchain- such as on ethereum or the waves platform, that allows you to create your own tokens. This functionality of creating your own tokens is made possible through the use of smart contracts; programmable computer codes that are self-executing and do not need any third parties to operate. Not only can you tokenize money, but you can tokenize almost everything. For example, you create a token that represents a piece of real estate or a stock, and then you can trade that token using technologies behind cryptocurrencies, like blockchain and smart contracts.

Although crypto tokens themselves do not have as much of an extensive explanation as other virtual currency terms, they are a vital piece of this technology nonetheless. Put simply, the system would cease to be without them.