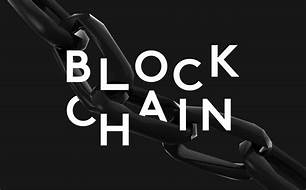 Blockchain technology enables network of computers to maintain a collective record keeping via the internet. This record keeping or bookkeeping is open-source and copies of digital ledger is distributed across the network members called nodes. Each node in the network owns full copy this ledger.  In a blockchain, each time a transaction takes place, such as one person sending bitcoin directly to another, the details of that deal – including its source, destination, and timestamp – are added to what is referred to as a block. The mathematical and cryptographic principles ensure that nodes automatically and continuous agree about the current state of the ledger and every transaction in it. If anyone attempts to corrupt the transaction the nodes will not arrive on consensus. Hence, network will refuse to incorporate the transaction in the blockchain.

Every transaction is public and thousands of nodes unanimously agree that a transaction has occurred. It's almost like there is a notary present at every transaction to validate the transaction. This way everyone has access to a shared single source of truth this is why we can always trust the blockchain.

Bitcoin and crypto currencies have caused a paradigm shift it is time to explore this new technology constructively and critically.