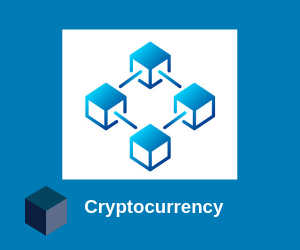 A cryptocurrency (or crypto currency) is a digital asset designed to work as a medium of exchange that uses strong cryptography to secure financial transactions, control the creation of additional units, and verify the transfer of assets. Cryptocurrencies use decentralized control as opposed to centralized digital currency and central banking systems. The decentralized control of each cryptocurrency works through distributed ledger technology, typically a blockchain, that serves as a public financial transaction database

Cryptocurrency, a new form of money that is native to the internet, can also be regarded as the next evolution of money. Today, everything is getting digitized and it's only natural for money to make a digital transition. Cryptocurrency is independent of any kind of central authority, hence it decentralizes our economy, unlike other digital currencies. There are no transactional guidelines to follow, which means that cryptocurrencies can be used by anybody, anywhere and possess the ability to self-manage the entire system, from currency creation and distribution, to ensuring that each transaction is valid.Few people know, but cryptocurrencies emerged as a side product of another invention. Satoshi Nakamoto, the unknown inventor of Bitcoin, the first and still most important cryptocurrency, never intended to invent a currency.In his announcement of Bitcoin in late 2008, Satoshi said he developed “A Peer-to-Peer Electronic Cash System.“  His goal was to invent something; many people failed to create before digital cash.Cryptocurrencies rely on blockchain technology to ensure that this self-sustaining monetary system is properly functioning. Every movement of cryptocurrency is permanently recorded on a blockchain. This transactional data is then encrypted and then distributed across the entire network. Before the data can be permanently recorded on a blockchain, it has to go through a process called mining which involves specialized computer hardware and software to confirm that the newly received transaction is valid. Miners are encouraged to perform this task because there is a possibility that they may be rewarded for this computational work via a block reward. A block reward is not only a payment for miner’s services, but also the way that new coins are generated. At Bitcoin’s dawn,1 Block Reward was equal to 50 bitcoins.

The basic components required for a cryptocurrency to work are:

The field of cryptocurrency is continually growing with new coins being introduced, market fluctuations, and new core technology advancements. Since it is fraud proof and there is no such thing as identity theft, cryptocurrency has been rapidly gaining the public eye. It will come as no surprise if it turns the economic world upside down in the coming days.